Steve Milanoski is the Head of Advanced Manufacturing at Romar Engineering in Western Sydney where he is responsible for the Additive Manufacturing and Fluid and Motion Controls Teams. Prior to establishing Romar Engineering’s Advanced Manufacturing team, Steve was an 8-year veteran of SpaceX. In 2014, he was responsible for the successful design, qualification, and flight of the world’s first metal additive component, the Merlin 1D Main Oxidiser Valve (MOV), which first flew on the Falcon 9 v1.1 Thaicom 6 mission. More than 1000 qualified fluid control components have flown (and re-flown) in space under his responsibility, many of which still enable the Falcon vehicles to reach orbit.

A journeyman in design, analysis, and developing spaceflight performance models; Steve is most at home taking designs from art to part with advanced manufacturing. Since joining Romar, Steve spearhead the successful award of the Commonwealth’s largest MMI-Space grant last July and is now establishing a vertically integrated Fluid and Motion controls offering for domestic and global customers while also managing the design-centric, qualification-focused additive manufacturing capability.

Prior to SpaceX he was a 5-year veteran of the US Navy Submarine Force, successfully navigating a nuclear submarine more than 17,000 nautical miles without incident. Steve is a visiting scientist at CSIRO’s Lab 22 and collaborator with ANSTO. He is looking forward to strengthening Romar’s collaboration with the Sydney Manufacturing Hub, focusing on qualification of L-PBF processes for medical, space, and defence applications. 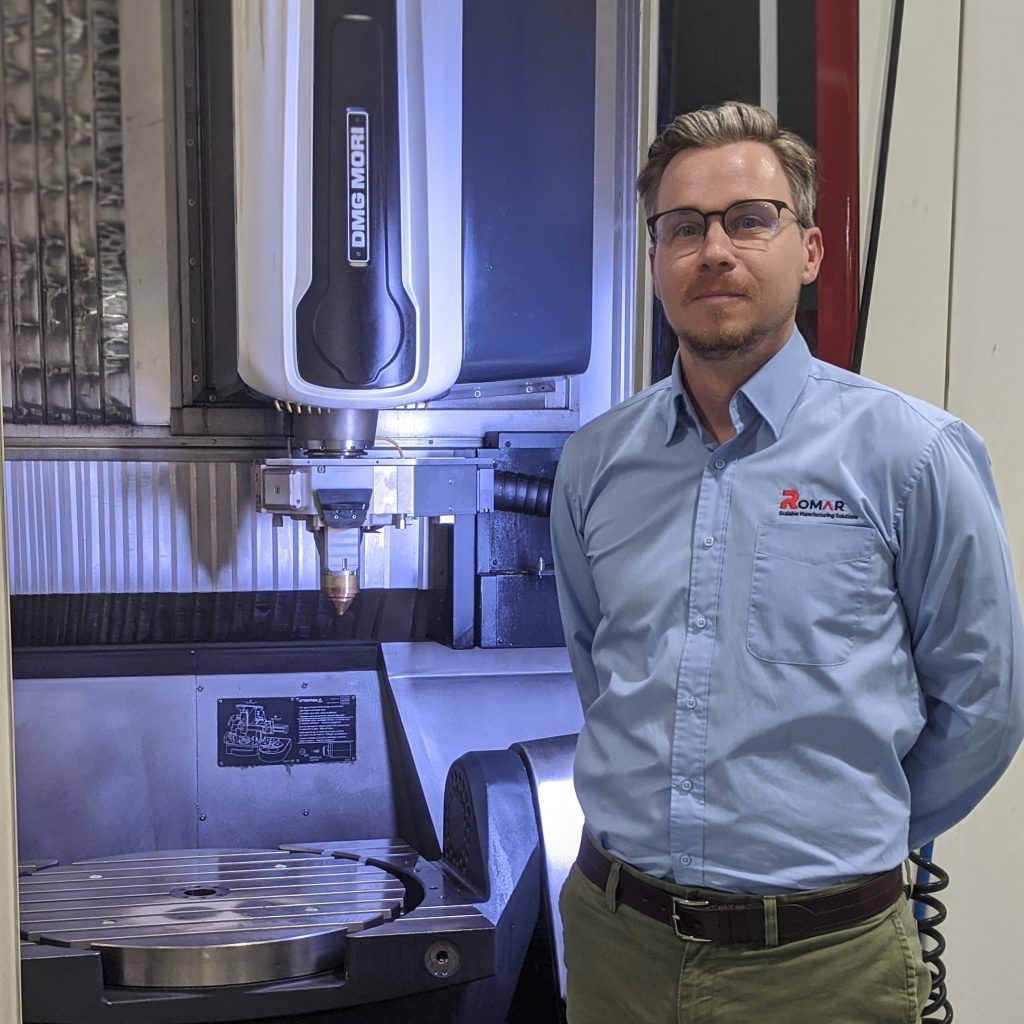 Connect with us on social media